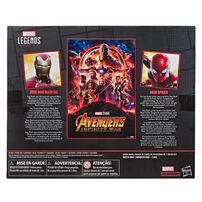 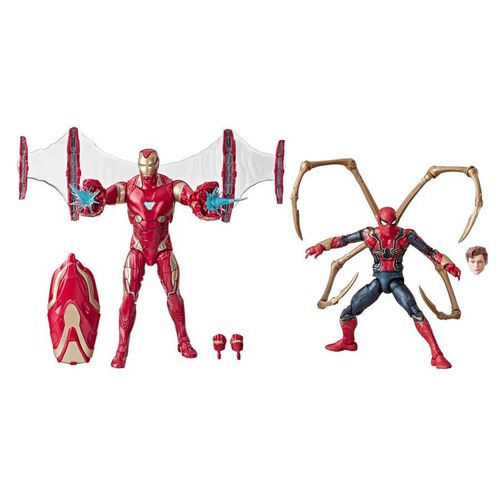 After being an integral part of the Avengers team from the start, Tony Stark finds himself divided from Earth's Mightiest Heroes. But now, faced with an imminent, deadly threat unlike any he has ever encountered, Stark will be forced to call upon some familiar faces as well as do battle alongside some new allies.
The friendly neighborhood Spider-Man will have to use his wit, strength, and Spider Sense to help the other heroes stop Thanos from enacting his master plan to collect all the Infinity Stones.
The amazing storytelling and culture-shaping legacy of Marvel now spans 80 years. Inspired by both iconic Marvel comic books and blockbuster movies from the Marvel Cinematic Universe, these the highly detailed 6-inch-scale Legends Series action figures are a perfect tribute to that legacy.