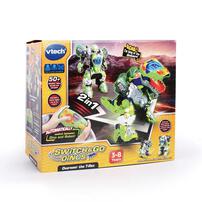 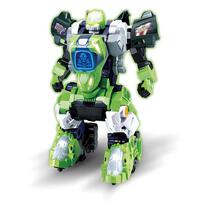 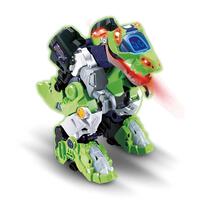 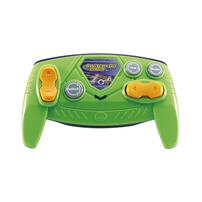 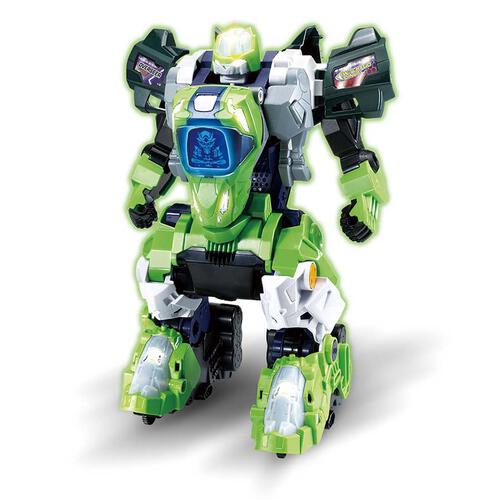 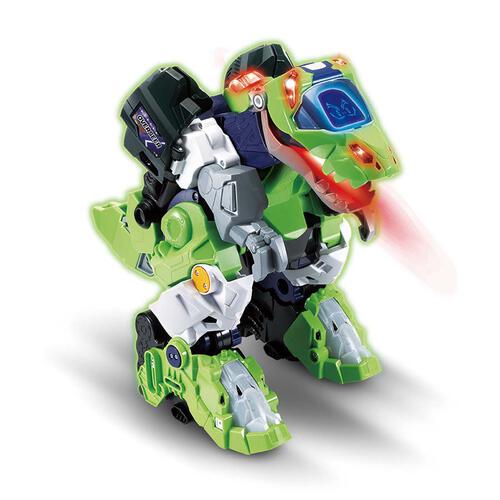 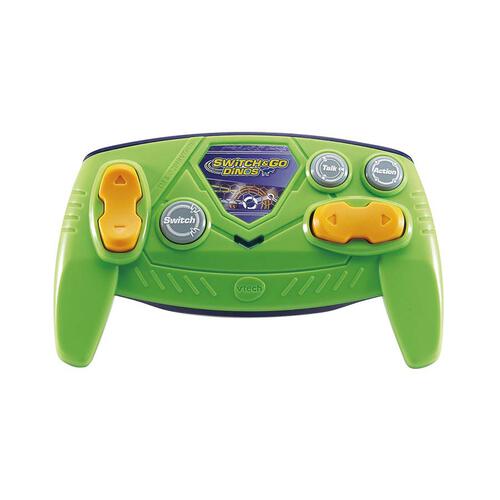 Introducing Overseer the T-Rex by VTech! This wild Switch & Go Dino is an exciting 2-in-1 toy which automatically switches between a fierce T-Rex and a mighty Robot! The backlit screen on Overseer displays animated dino eyes and robot controllers! Use the remote control to move Overseer and see them stomp their legs! Pressing the Talk Button triggers fun phrases and cool dinosaur facts! Overseer also responds with lively dinosaur and robot sounds! They even light up with the responses! The Stunt Button makes Overseer perform cool actions! Hear even more great sounds when Overseer moves and switches between dinosaur and robot!

All packing materials such as tape, plastic sheets, packaging locks, removable tags, cable ties, cords and packaging screws are not part of this toy, and should be discarded for your child’s safety