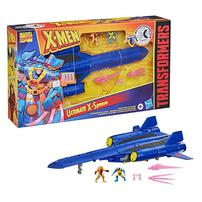 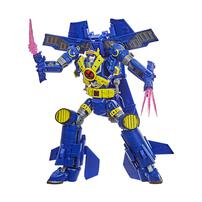 Worlds collide in this Transformers-X-Men mash-up pack! The iconic X-Jet from the X-Men animated series is now a Transformers robot, called Ultimate X-Spanse! Unlike the Sentinels, this robot is the ultimate mutant ally. This figure converts into a licensed Lockheed Martin jet in 34 steps and features deco and details inspired by the X-Men animated series. This figure comes with Wolverine and Sabretooth mini figures that can ride on figure in both modes and 3 energy blast effects: claw and slash effects to attach to figure's hands in robot mode and an aura effect to attach around Wolverine mini figure.