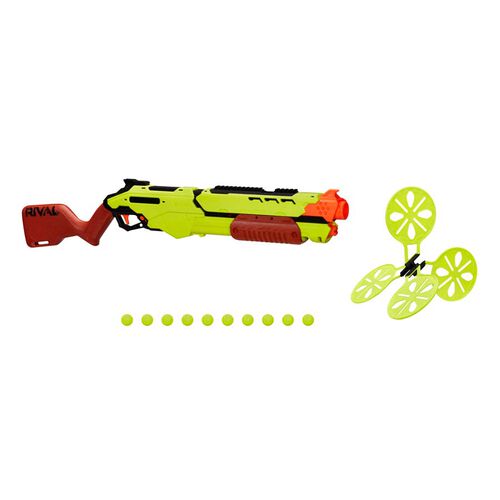 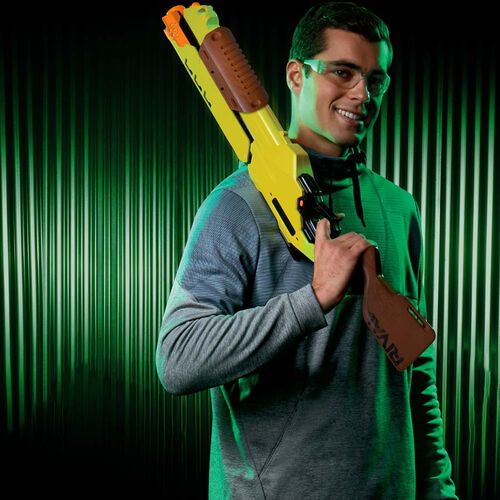 The Nerf Rival Edge Series Saturn xx-1000 targeting set includes a blaster, 10 rounds, and a reactive moving target that flips when you hit it! The target flips to a different position after every strike, so you can practice your aim and challenge opponents to competitive games of skill and accuracy. The Saturn xx-1000 blaster is 32 inches long -- it's the longest NERF Rival Blaster ever! This breech-load blaster holds up to 10 NERF Rival Rounds and launches them at an air-scorching velocity of up to 90 feet per second. pump the priming handle and pull the trigger to fire 1 round at a time, or unleash all 10 rounds rapidly with slam-fire action. comes with 10 official NERF Rival Rounds. Includes tactical rail and trigger lock. No batteries required. Eyewear recommended (not included). NERF and all related properties are trademarks of Hasbro.
includes

Ages 14 And Up To Avoid Eye Injury: Warning: Do Not Aim At Eyes Or Face. Use Of Eyewear Recommended For Players And People Within Range. Use Only Official Rival Rounds. Other Rounds May Not Be Safe. Do Not Modify Rounds Or Blaster. Some Assembly Required.


For more information please visit the Help Center.
If an item is faulty or does not match its advertised description you can return within 14 days of purchase (21 days for star card members). Simply take your item to your nearest store with the proof of purchase or contact our Customer Service team.