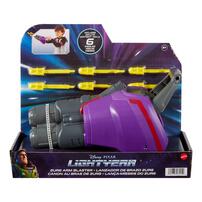 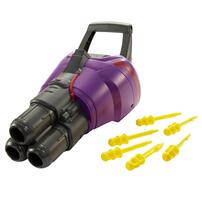 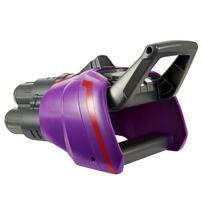 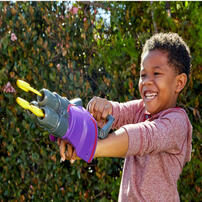 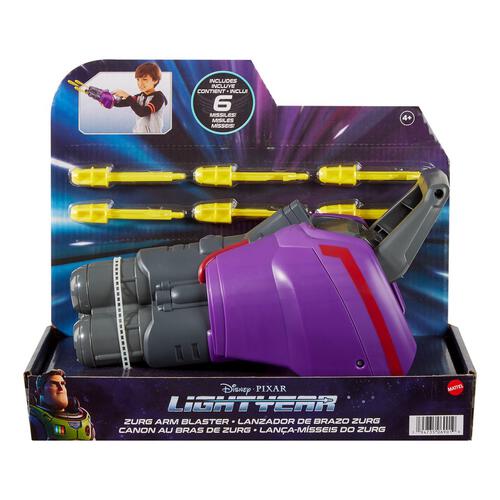 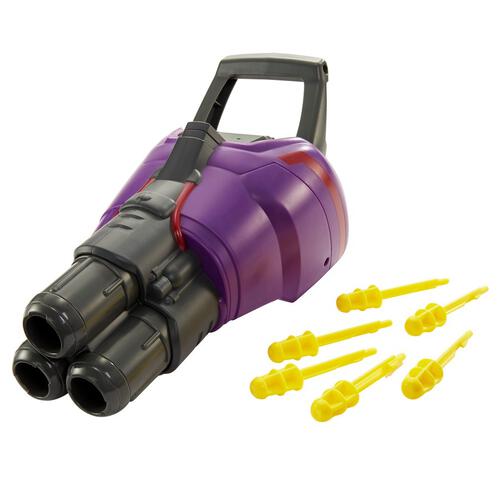 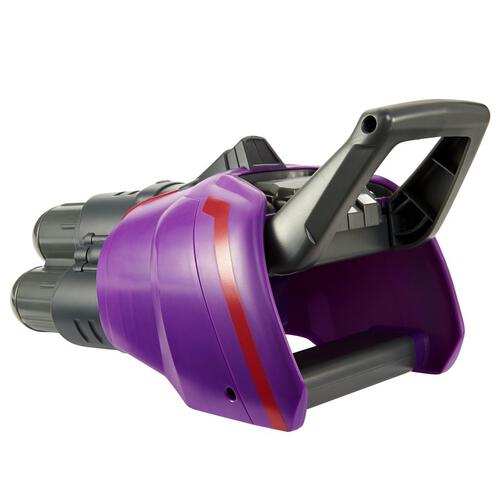 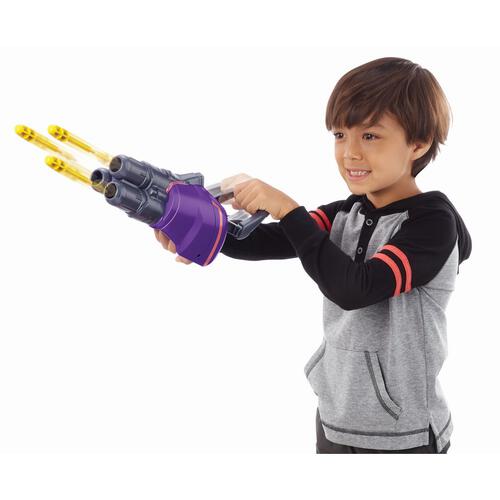 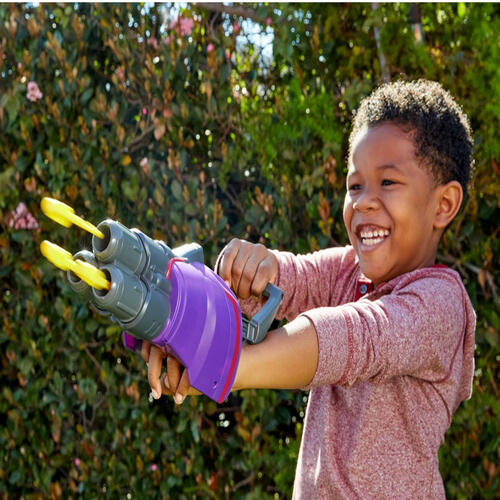 Stranded on an uncharted planet, Buzz Lightyear and his crewmates will need to battle hostile plants, giant bugs and the ultimate threat, Zurg, to complete their mission and return home. Inspired by the thrilling animated adventure, Disney and Pixar's Lightyear, this Blaster is an exciting battling toy for fans who can indulge in good versus evil play by posing as the fearsome Zurg! The purple and red toy lets fans recreate all the action and conflict from the movie, putting themselves in an intimidating character role! The three projectiles load into the back of the blaster, then pulling the spring-loaded handle releases a triple assault with projectiles shooting all at once, traveling up to 10 feet! Other Lightyear role play items are available, each sold separately and subject to availability. Let the imagination soar! Colors, dimensions and decorations may vary.​