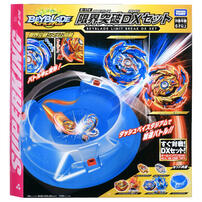 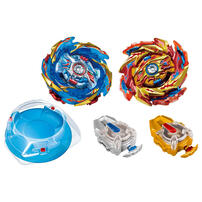 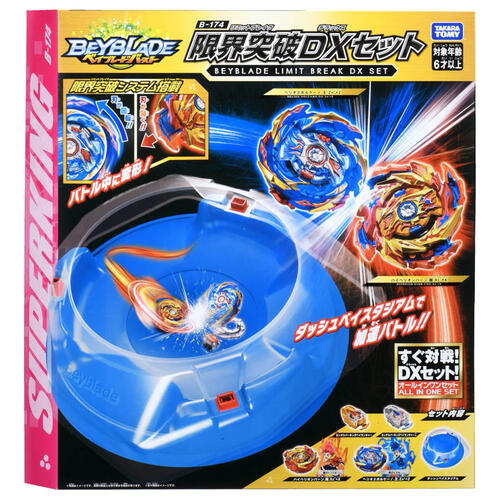 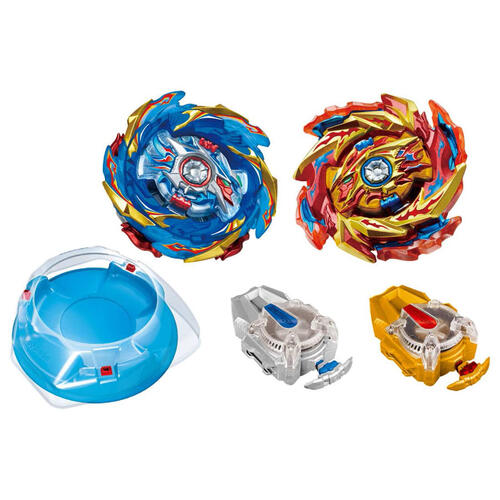 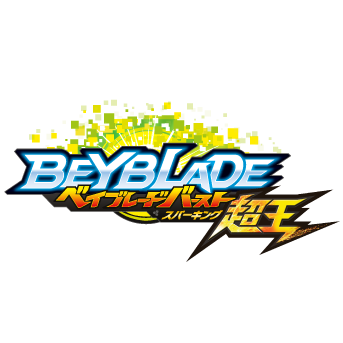 B-174 includes two new main characters’ Beyblades, two Long Superking Launcher & a new designed stadium.
Two Beyblades can transform during battle which can enhance their attack & defense power. With longer Superking Bey Launcher, you can be easier to win!
And there is a small acceleration groove in the “Dash Bey Stadium’s” center so two beyblades can get more chance to attack each other!